01 Apr What is Terrazzo?

Posted at 10:42h in Design by TERRAZZCO
17 Likes
Share 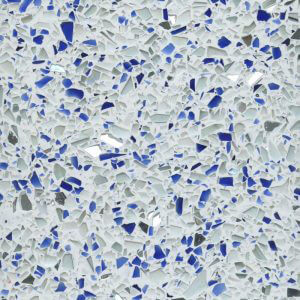 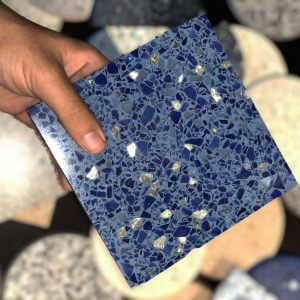 Many people question what is terrazzo? To answer that question, it is a building material capable of forming many unique finishes. If to sum up the building material in one sentence, terrazzo is described as a composite material, poured in place or prefabricated for precast terrazzo which is used for flooring, base, walls, stair treads, countertops, and other custom products. Terrazzo consists of chips of marble, granite, quartz, glass, shell, or other suitable materials. It uses either a cement or epoxy matrix as the binder. 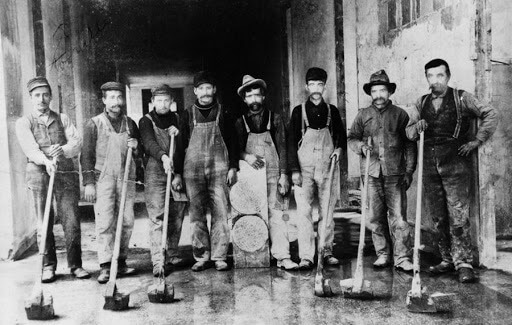 A Brief History of Terrazzo

Terrazzo has an interesting history with roots all over the globe. Going back more than 500 years to Italy where marble was the main material of choice. Venetian workers would use scrap marble fragments that they saved from their upscale projects, placing them next to each other in a clay mortar base for their own residence and terraces.

Terrazzo is also related to the technique seminato (meaning seed). For this technique, workers would toss large marble chips into the wet cement that was later ground and polished. Together, these two methods create the generic form of terrazzo that involve pieces of stone that are bonded to a cement bed.

While credit is traditionally given to the Italians, as it is commonly recognized that terrazzo was invented by the Venetians, archaeologists have found evidence of such floors in ruins in Turkey dating back 10,000 years ago. Fast forward to today, and a majority of installations are epoxy-based. Introduced in the 1970s, epoxy soon offered advantages over cement systems, including quicker speeds to install, greater design flexibility, and longer lifecycles. According to the NTMA, epoxy terrazzo is the best thin-set system available, and remains one of the most durable and cost-effective flooring finishes to specify.

Terrazzo installation options include cementitious and thin-set epoxy resin systems. There are several systems including: 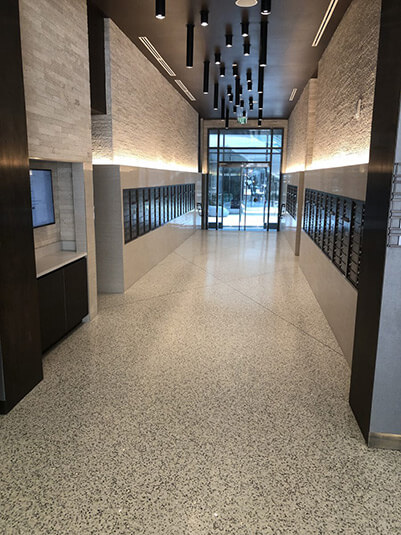 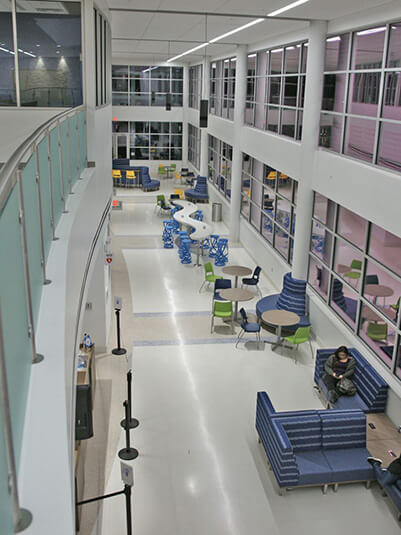 Installed in the same manner as for regular monolithic terrazzo but at a minimum 3/8” thickness. An Epoxy Resin Matrix is a 2-component resin that bonds directly to the concrete slab. A moisture mitigation system and or a crack suppression membrane may be required. A vapor barrier is required below the slab for all slab on grade applications. Today, epoxy terrazzo is the most-used system in commercial construction. Over 90% of terrazzo installations in the United State are epoxy-based.

The advantages of this material over cementitious terrazzo include an almost endless color selection.  Exotic aggregates such as mirror, Mother of Pearl, and plastic aggregates can also be used in epoxy terrazzo systems. This system is installed at 1/4 inch to 3/8-inch finish thickness. Other advantages include lighter weight, higher strengths with PSI rates of 10,000 +, faster installations, impermeable finish, and less susceptible to cracking. A disadvantage of epoxy terrazzo is that it is only for interior and not exterior applications. Also, the topping is not vapor-permeable so moisture mitigations products may be needed.  If an old building does not have an active vapor barrier under the slab on grade, epoxy terrazzo should not be installed. You can learn more about each system at NTMA.com.

Cementitious systems include Monolithic Terrazzo where the ½” terrazzo topping is bonded directly to a new or existing concrete slab. Panels are then poured within the directly bonded metal L angled divider strips.

Sand Cushion Terrazzo, which is where the material is poured over a wire-reinforced 2 1/2”- 3” mud bed (low slump) of sand and cement mixture that is also installed by the contractors. While the mud bed is still soft the standard straight metal divider strips are partially embedded in the mud bed wherever there is to be a joint or a color change. Underneath the mud bed is an isolation sheet on top of a 1/8” sand dusting creating a floating floor that allows for horizontal movement in the building, thus practically eliminating the possibility of cracking. The Sand Cushion system requires the building to have 3” recessed concrete slab to accommodate for flooring elevations.

Rustic Terrazzo, also known as Washed Terrazzo, is typically an exterior application with its slip-resistant textured finish. In lieu of grinding and polishing the finish is achieved by lightly washing away some of the cement before curing exposing the marble, granite and or quartz aggregate. Rustic systems can be installed either in a monolithic or a bonded mud bed application. 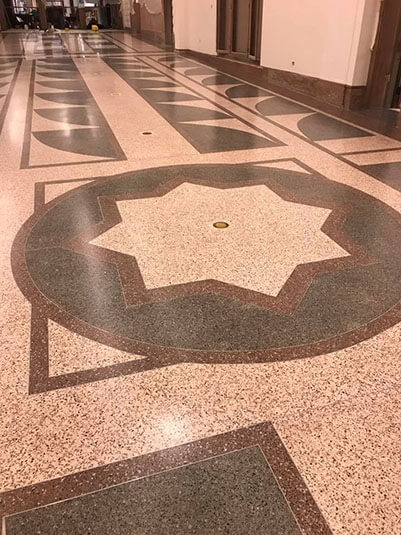 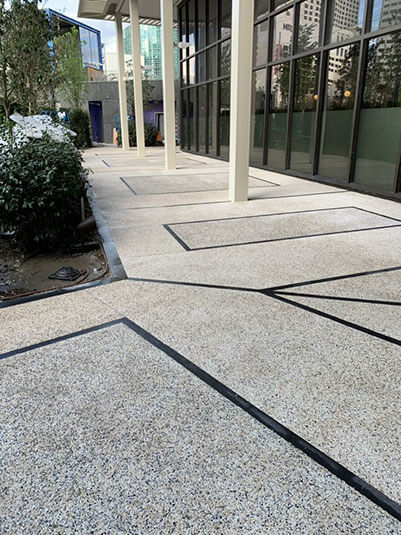 The installation of cementitious and epoxy terrazzo is different to the degree that each binder requires a different installation method based on its makeup. Cementitious terrazzo is traditionally a mixture of 2:1 ratio of marble aggregate and cement (grey or white). For coloring, add iron oxide to the mix. Mix the materials thoroughly with water. The mix is then poured in within the specified panels and troweled to the preferred height.

Aggregate is then sprinkled (seeded) on the floor in a uniform manner. A set roller is rolled across the floor in alternating directions embedding the marble chips in the floor while simultaneously working excess cement and water to the top which is then removed from the floor. Repeat the rolling process a few times with differently weighted rollers continuing to extract excess water and cement from the floor creating a tight grouping of the marble aggregate. Once this process is complete the floor is lightly troweled. The floor cures for several days before the grinding is to start.

Epoxy terrazzo is less labor-intensive and doesn’t require many of the skills that a cementitious system does. Epoxy terrazzo is a mixture of a Part A (Base color) and a Part B (Hardener). The typical ratio is 5:1.  The part A & B are mixed together with filler powder (marble dust) and the aggregate. The epoxy and aggregate mix is then poured on the floor and placed at the required height with hand trowels then closed with a power trowel to flatten and tighten up the aggregate. It is the practice of some installers to also seed the floor prior to power troweling. Epoxy installed in the proper ambient conditions can be ground within 24 hours.

Grinding of both cementitious and epoxy terrazzo are relatively the same procedure with the exception being the process for the initial rough grinding. Epoxy terrazzo rough grinding is done dry with vacuum systems to collect the grinding dust. In contrast, cement terrazzo is wet-ground so a grinding slurry is created. After the floor is rough ground until the metal or plastic divider strips are exposed and the aggregate is uniformly exposed, both systems are grouted. In this step, an installer matches binder material to fill any pinholes or voids. After proper curing of the grout, the floor is then polished.  Typically polishing is done wet in both systems to the required finish level ranging from 120 grit up to 3000 grit. Both cementitious and epoxy systems are thoroughly cleaned, dried and treated with a minimum of 2 coats of the appropriate sealer. 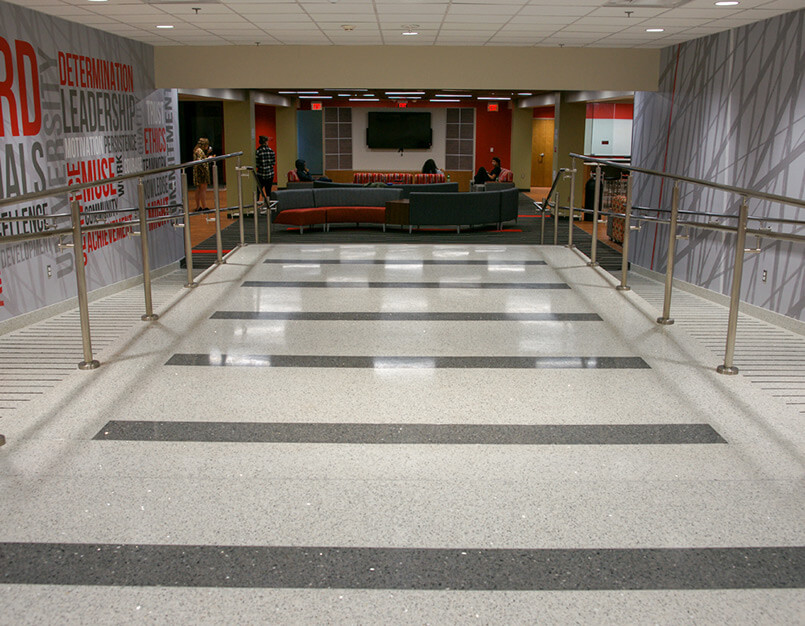 At the beginning of trade, marble and granite were the traditional choices of aggregate with their beauty and abundance from quarries around the world and on many occasions being a locally sourced material for projects. Mother of Pearl, coral, shell, and pebbles were also used regionally but are now commonly used worldwide. With the introduction of epoxy and its expanded binding capabilities, it has made way for new materials to be used as aggregates. These aggregates include post-consumer recycling of glass, mirror, plastic, porcelain, and concrete.

Regardless of the material, aggregate is processed in the same manner whether it’s being sourced from a quarry, the ocean, or a recycling center.  The aggregates are crushed and ground through a screening process to regulate sizing. Sizes range from #00 at 1/16 “ through #8 at 1 1/8” in size. Afterward, aggregates are bagged in specifically weighted bags. 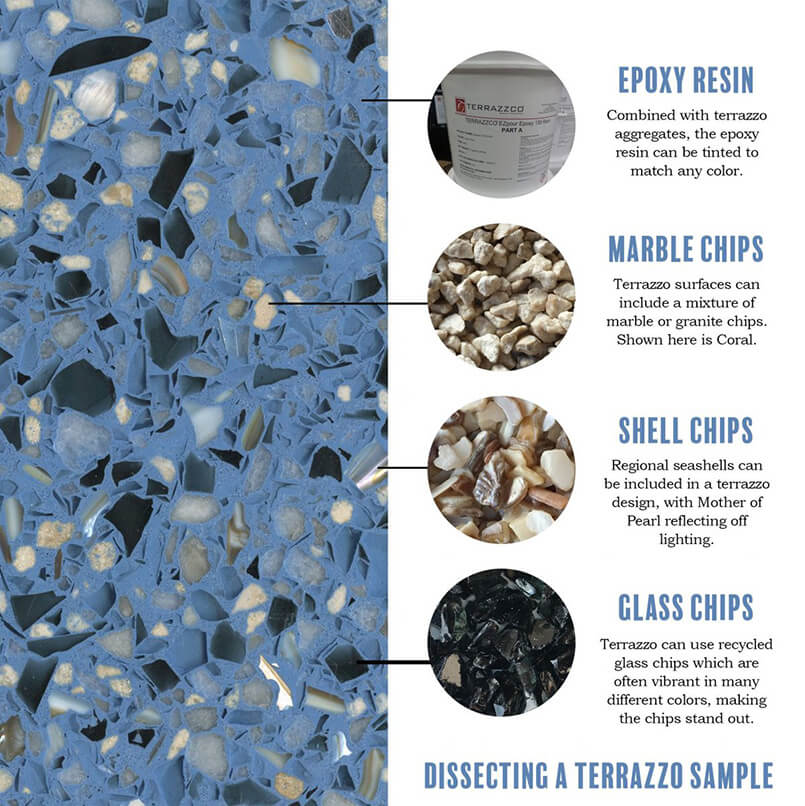 What is Terrazzo: Where Can You See It Today

National landmarks like George Washington’s Mt. Vernon home, the Hollywood Walk of Fame, and Frank Lloyd Wright’s Solomon R. Guggenheim Museum all have terrazzo. But if you take a closer look you might encounter these floors in places you visit daily. This includes office spaces, classrooms, hospitals, airports or hotels.  Let’s examine a few common places.

Airports are on board with using terrazzo to help guide passengers through the terminal and concourse areas. The use of colors and patterns provide visual cues for passengers. As a result, passengers know which direction to follow, while also reflecting upon a narrative of the city and its culture through the floor design. The largest benefit terrazzo brings to airports is its low-maintenance and longevity. With continuous traffic, the floor finish is designed to last a lifetime helping airports keep repair and maintenance costs down. 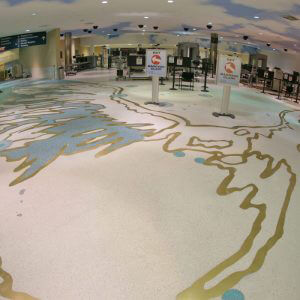 Good design improves academic performance according to studies focusing on the use of materials like terrazzo and its impact on school design. For elementary schools, vibrant colors can create a lively and engaging atmosphere for younger students. School logos can boost school spirits as well. As with airports, the surface helps keep costs down with its durability and low maintenance. But terrazzo uses low emitting epoxy resins, which also helps improve the indoor air quality of school buildings. This establishes a healthier environment for students. 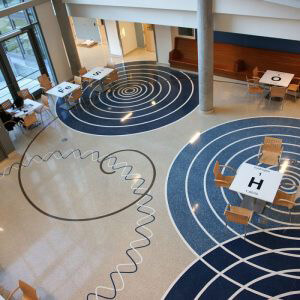 Terrazzo provides a cleaner and sanitary flooring option for hospitals. The floor is nonporous and is resistant to the growth of bacteria, mold, and mildew. This makes it an exceptional choice for healthcare facilities today. Because epoxy terrazzo has a seamless surface as well, it becomes easier for wheeled transportation like hospital beds and wheelchairs to move from place to place. Studies have indicated that a hospital’s design can help patients heal at faster rates. 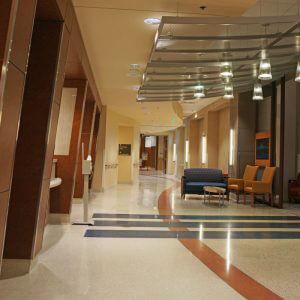 First impressions are important for businesses. Therefore, many corporate headquarters welcome existing and potential clients with a calming and inviting environment. Terrazzo floors are installed in offices for this effect and it even has a positive impact on an employee’s productivity. Companies can build their brand by installing their corporate logo in the main lobby. Companies can also showcase their brand colors throughout the hallways and office spaces. 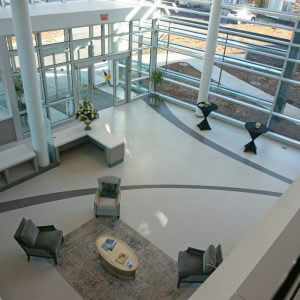 Let’s not forget homes. It is one of the biggest investments in a person’s life. Due to the customization of terrazzo, homeowners look for solutions that would benefit their kitchen, bathroom, or living quarters. These solutions include floors, countertops, backsplashes, and shower stalls. Because the building material lasts a lifetime, homeowners willing to invest in this type of floor also benefit from the low maintenance. Homeowners can build custom flooring or countertop that meets their design preferences.

Once you notice what terrazzo is, you will see it in many places today. Other places include restaurants, hotels, retail outlets, and theaters. 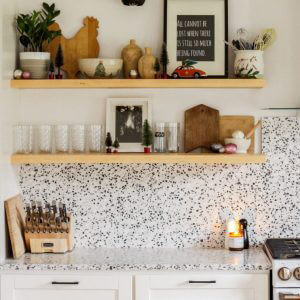 Get Your Free Guide

Download the TERRAZZCO Architectural Binder with tons of information regarding terrazzo. The information inside can help you in designing your next project.

TERRAZZCO has all the materials you need to create a terrazzo floor that is durable, sustainable and beautiful. Learn more about TERRAZZCO.

Our company is dedicated to meeting customer needs, developing innovative products that stand the test of time. TERRAZZCO is a true single-source supplier in terrazzo, offering quality precast products, epoxy resin systems, and aggregates for use in a building project. Under the TERRAZZCO Brand, we use green techniques throughout all manufacturing and shipping phases.

Contact a TERRAZZCO representative today by email at info@terrazzco.com or using our online form.

We’re TERRAZZCO, a terrazzo manufacturer and materials supplier. Our reps can help you with your questions and assist you on your next terrazzo project.

TERRAZZCO, manufactured by Concord Terrazzo Company, is a single-source terrazzo manufacturer and supplier.

TERRAZZCO is recognized for its innovation and sustainable methods in building terrazzo finishes, bringing long-lasting terrazzo flooring to schools, airports, hospitals, and commercial projects across the United States. 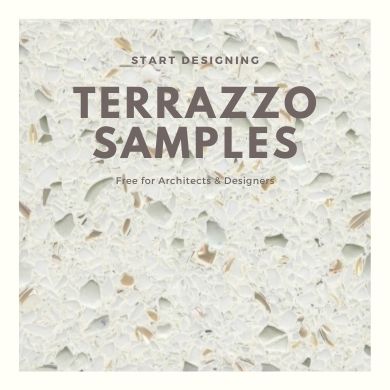 Discover Products for Your Project

HOW CAN WE HELP YOU?
The TERRAZZCO team can help you find the materials you need for an upcoming terrazzo project.