A HOW TO GUIDE FOR ARCHITECTS

Get an introduction to terrazzo flooring. Featured in Architizer, top representatives from respective terrazzo companies spoke with the editors to highlight what architects need to know when considering or specifying terrazzo floors for their projects. The article focuses on the basics covering topics on epoxy vs cement systems, cost and planning, and design options to consider. 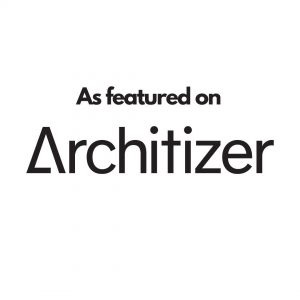 “What material should we make the floor? Stone? Wood?”

Listen to the way the word rolls off the tongue. C’mon, it’s impossible not to say yes to that! 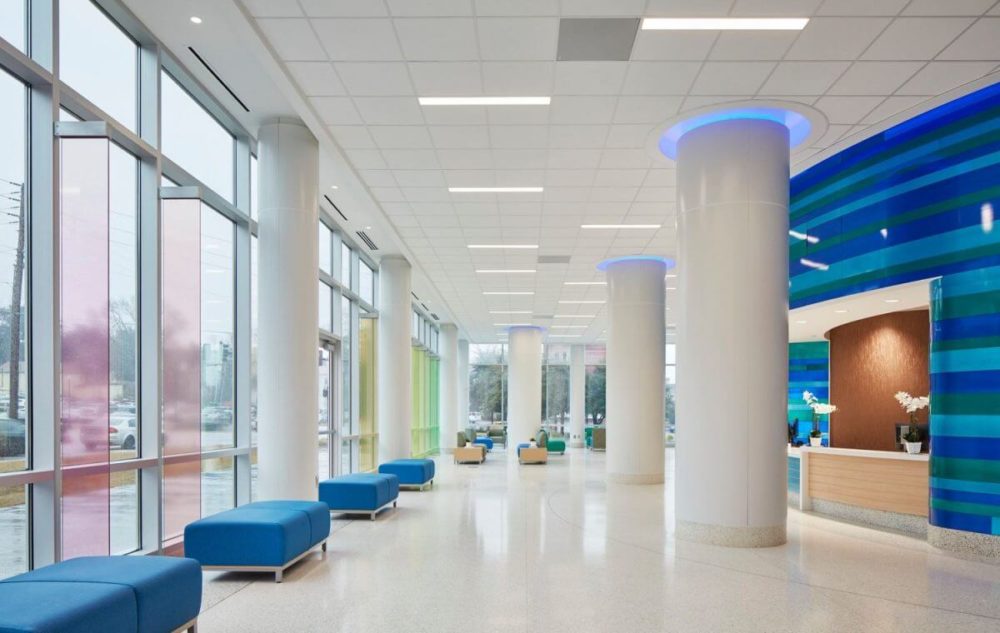 As its name suggests, terrazzo originated in Italy, where marble-workers would take the crumbs of their work home, mix them with cement and create faux-stone floors for their terraces. Since then, terrazzo floors have grown into an art form all their own with a wide range of styles and possibilities. Classic terrazzo is a mixture of marble fragments, called the aggregate, and a cementitious binding agent, called the matrix. It is resilient and can be used inside and outside, and it can be cast in place or laid in manufactured tiles.

More recently, terrazzo manufacturers have used epoxy for the matrix, which is lighter and easier to work with and can be much thinner than traditional cement. Many have also experimented with non-marble aggregates, including recycled materials like glass or metal scraps. After it was introduced in the 20th century, epoxy terrazzo came to dominate the market and became a cost-effective flooring used throughout institutional buildings. There’s a good chance your old high school or office building has epoxy terrazzo somewhere in its halls.

In the 21st century, terrazzo flooring has had a renaissance as architects have looked for new ways to work with natural and recycled materials. The playful graphic effect of large aggregate terrazzo has come into style as designers take inspiration from retro Memphis Group–inspired looks. 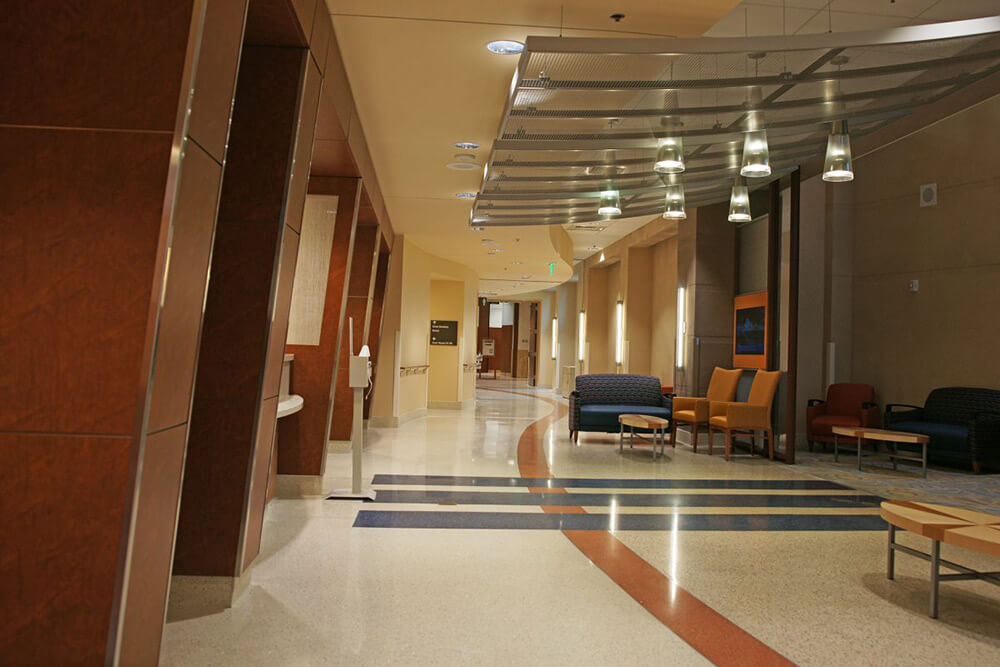 We talked to Joshua Boncosky of Concord Terrazzo Company about what architects need to know when considering or specifying terrazzo floors. They helped to break it down to the basics.

The first big decision you need to make when selecting terrazzo flooring is whether or not you want to go with a traditional cement matrix or with the new standard, epoxy. “Today, about 90 percent of terrazzo being installed is epoxy-based,” said Boncosky. “The design flexibility, speed of install, the introduction of crack suppression membranes and overall weight of epoxy terrazzo” make it a popular choice. Epoxy can also be created in any color the designer wants.

Still, Boncosky said, “Cement terrazzo is great for exterior applications and some renovation projects where there is not an active vapor barrier beneath the slab.” Moisture can interfere with how epoxy binds to its base, which is why cement terrazzo generally is used in outdoor installations. Even indoor concrete slabs can be difficult if there is not enough vapor protection. “If an old slab is very ‘wet,’ it could cause issues with the terrazzo bonding to the slab,” Boncosky said. “Oftentimes, the discovery of the absence of a vapor barrier comes too late in the construction process and can cause issues. If an architect wants to apply epoxy terrazzo to an old slab, make sure the slab is acceptable.”

If you do want cement, make sure you have a skilled contractor. Because it’s relatively rare, very few skilled tradesmen are doing cement terrazzo. 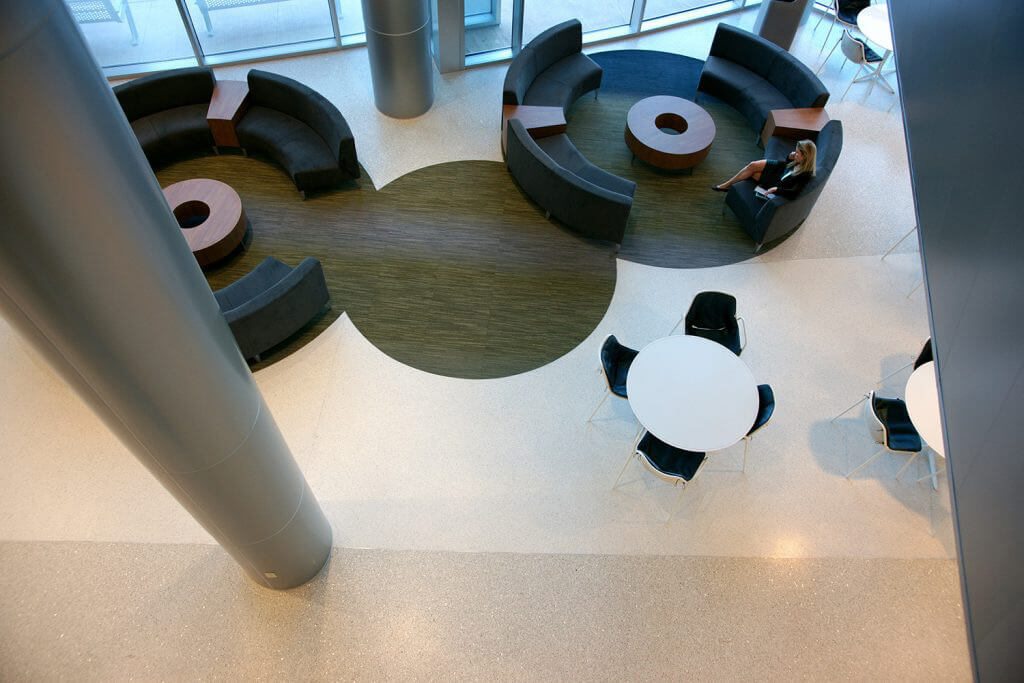 Keep in mind, however, that poured-in-place floors need to be ground and finished on-site and will require experienced tradespeople; that makes them more expensive and time-consuming. “Smaller projects may choose to go with terrazzo tile just based on budget and ease of installation.” A variety of terrazzo manufacturers can produce a variety of tile options. Precast terrazzo tiles can be installed similarly to ceramic or stone tile. Like poured-in-place slabs, they can easily be designed in custom colors and patterns and are not limited to off-the-shelf products.

Poured slabs generally are ⅜ of an inch thick, though this can vary, and slabs should be poured over a concrete base; they can also be poured over older terrazzo slabs. The slabs need to be ground and polished after curing, and the process requires specialty contractors to be done well.

The recent surge in terrazzo interest stems from the Valentino stores designed by David Chipperfield. “The Valentino stores really put terrazzo back in the forefront.” Those stores use two specialty types of terrazzo that are widely available but will require a little more attention (and money).

The floors use palladiana terrazzo, which uses chunks of marble slab in the aggregate rather than small rocks. This creates the paver-like effect. The walls use Venetian terrazzo, which is the term for mixtures that use larger rocks than usual in the aggregate. Both give a more graphic effect than typical small-aggregate terrazzo, and because both palladiana and Venetian terrazzos are more expensive, they create a more rarefied look.

Terrazzo aggregate is graded according to its size regardless of the material. The scale ranges from 00 at the smallest and all the way up to 5 or 6 for the largest. Typical terrazzo uses 0 to 2 aggregate sizes, which range from 1/16 to ⅜ of an inch in diameter. Latest trends are on either ends of the spectrum. Micro terrazzo is where we’re using 00 and 0. It has more of the polished concrete look,” and trendy Venetian uses the largest aggregates available. Larger aggregates will generally have more variety in overall appearance.

Keep in mind that a typical terrazzo floor is only ⅜ of an inch thick, so if you’re using aggregate larger than that, you will have to do an unusually thick slab, which is more expensive and will have to be coordinated with surrounding finishes. Venetian floors can get up to ½ of an inch thick. Smaller aggregates means thinner terrazzo and cheaper floors, which is why many institutions use 0 to 2 aggregate size. Terrazzo floors can be as thin as ¼ of an inch, but that means the aggregates must be size 1 or smaller.

While there aren’t typically any performance issues with unusually large or small aggregate, large glass chips in a black epoxy, you can have issues with point loads — high heels can fracture them. In a light color epoxy you would never notice, but with a dark epoxy, you will see it. Generally, it’s not an issue, but if you want to really impress (or annoy) your contractor, you can bring it up.

The most traditional terrazzo uses Italian marble for the aggregate, but today North American marble is common, and almost any other material can be used instead. “Aggregates like recycled glass, recycled porcelain and recycled concrete are being specified quite regularly as these aggregates can contribute LEED Points,” Boncosky said. “Natural aggregates are also being specified that are sourced and processed within 500 miles of the project site.” Glass, shells or even metal shavings can be used if you’re after something unusual. 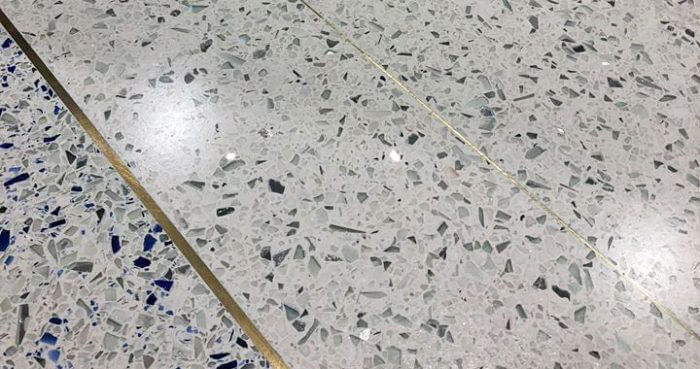 The dividers themselves are typically metal — usually zinc, but occasionally brass or aluminum. Less frequently, they are made from black or white high-density plastic to blend in with the floors.

Keep in mind that you will have to have dividers in the terrazzo wherever you have joints in the concrete beneath. If you’re not sure where the seams will be in your concrete slabs, ask your contractor or engineer so you don’t have surprise dividers running through your beautiful terrazzo.

Terrazzo is great, but it can seem expensive, especially when it’s poured in place. It often gets value-engineered out. If you want to prevent that from happening, know what you’re paying for. Because poured-in-place terrazzo is installed and finished by specialty contractors, price estimates often include the cost of materials and installation. Stone or ceramic tile is generally priced at material cost so it can appear significantly cheaper.

Boncosky added that terrazzo floors often require a bit more planning than other materials. “The terrazzo process is fairly long due to the fact that every terrazzo floor is one of a kind. Colors must be first selected by the architect or designer. Once those colors are finalized, the terrazzo contractor must then procure the material for the floor. Depending upon what is in the specified terrazzo mix, there could be some extended lead times on certain products.”

Doing your homework will pay off in an elegant floor that will last a lifetime. Terrazzo is the most beautiful blend of technology, performance and design.

Dive deeper into learning about terrazzo with helpful guides related to the features, design and applications of the building material.